Both teams had several players with standout plays early Sunday, after which Cool Brees became the proud owner of an 80.92-70.74 lead. Justin Jefferson had a 49-yard touchdown catch for Cool Brees, while Gardner Minshew II had a 51-yard pass. Meanwhile, Matt Ryan had a 20-yard touchdown pass and a 40-yard touchdown pass for jahman3000's Team, while Kenny Golladay had a 48-yard catch.
Sunday Night

George Kittle had a 44-yard touchdown catch for Cool Brees, contributing to a 101.32-70.74 lead for the team.
Matchup Player of the Week
Taking on the Falcons in Week 6, Jefferson caught 9 passes for 166 yards and 2 touchdowns. In doing so, he put up 35.1 points to more-than-double his 12.45-point projection, the highest percent increase of any WR in the league this season. In Week 7, Jefferson and the Vikings will square off against the Packers.

Cool Brees
Week 7 is going to pit a couple of winning streaks against one other. Cool Brees (4-2) are on a three-game unbeaten stretch, while their upcoming opponent (kennedy's Team, 5-1), have won their last two in a row. Each of these teams will have players with byes next week, as Justin Jefferson, Gardner Minshew II, Jonathan Taylor, DJ Chark Jr., and Stephen Gostkowski are off for Cool Brees and Adam Thielen, the Baltimore Ravens defense, and Dalvin Cook are out for kennedy's Team. Over the last three weeks, Cool Brees have put up 128.2 points per game, while kennedy's Team have averaged 111.91 per contest. 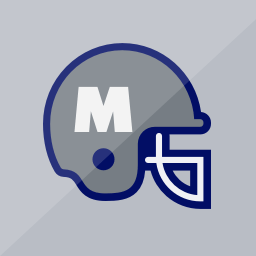