Both teams had players with big-time plays early Sunday, but it was Casey Cranford who emerged with the lead, 75.90-26.38. Aaron Jones had a 75-yard touchdown run for Casey Cranford, while Amari Cooper had a 58-yard catch. Tom Brady made the highlight reel for C And K's Crazy Team with a 23-yard touchdown pass and a 50-yard pass.
Sunday Night

DK Metcalf had a 54-yard touchdown catch for Casey Cranford, helping the team to a 113.66-76.28 lead.
Matchup Player of the Week
In a 42-21 win over the Lions, Jones scored 43.6 points to more-than-double his 16.09-point projection. He racked up 236 yards from scrimmage and scored 3 touchdowns to beat his projection by the highest percentage of any player on Casey Cranford this week. In Week 3, Jones and the Packers will square off against the Saints.

Casey Cranford
It's simple math, Casey Cranford. The more leagues you join, the more chances you have to win. Check out Survival Football and sign up today!

C And K's Crazy Team
You may have lost this matchup, C And K's Crazy Team, but I'm sure you won in your "other league." You are in multiple leagues, right? If not, what are you waiting for? The NFL Yahoo Cup is completely free to enter all season long. 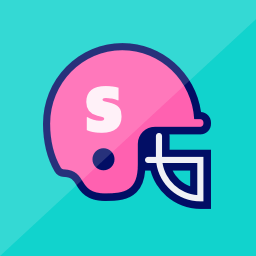