LIONPWR come back to beat Patriot Killer to remain unbeaten, 232.55-205.25
LIONPWR won their third straight matchup to open the season with a come-from-behind win over Patriot Killer, staging a comeback for a 232.55-205.25 victory. LIONPWR trailed 194.75-174.15 heading into Monday night, but the squad came storming back behind Saquon Barkley (22.6 points) and the Dallas Cowboys defense (18). Mark Andrews (8 Rec, 89 Rec Yds, 2 Rec TDs) and Mac Jones (321 Pass Yds, 31 Rush Yds, 1 Rush TD) did everything they could for Patriot Killer in the loss. LIONPWR (3-0) will look to keep it rolling against Doc's Devils, while Patriot Killer (2-1) will try to develop some positive momentum against Naked Bootlegs.
Top Player Comparison

Brandon McManus had a 55-yard field goal for LIONPWR, who trailed 194.75-174.15 after Sunday Night Football.
Monday

Both teams had players with standout moments on Monday night. For LIONPWR, Saquon Barkley had a 36-yard touchdown run. Tony Pollard made the highlight reel for Patriot Killer with a 46-yard run.
Matchup Player of the Week
Projected to score 28.71 points, Jackson scored 76.2% more than that amount by scoring 50.6 points as the Ravens beat the Patriots 37-26. He passed for 218 yards , ran for 107 yards and scored 5 touchdowns to beat his projection by the highest percentage of any player on LIONPWR this week. Next week, Jackson will go up against the Bills.

LIONPWR
Hey, this sport is all about exploiting the mismatches. Our team found one this past week and doubled up Patriot Killer at the quarterback position (74.25 points to 33.05).

Patriot Killer
I'd suggest that you take this last matchup as a learning experience and regroup for in Week 4, Patriot Killer. Get familiar with what the Yahoo! Fantasy Experts are saying and deploy the strongest lineup possible next week. 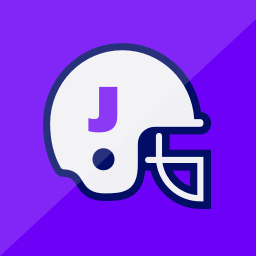