Daniel 's Team earn win against Swagers81 in 130.54-66.44 rout
Daniel 's Team stepped up, rolling to a 130.54-66.44 win over Swagers81, who fell short of projections. Daniel 's Team got out to a 3-point lead early Sunday afternoon. Swagers81 came back to take the lead late afternoon Sunday, powered by Frank Gore (7 points) and Mike Evans (1). Not to be deterred, Daniel 's Team pulled it together later that night, as George Kittle (17.9 points) and Cooper Kupp (1.1) put them back ahead once and for all. Daniel 's Team (2-4) will look to sustain their winning ways against Bad Ilaj, while Swagers81 (3-3) will attempt to right the ship against Gałgany.
Top Player Comparison

Kenyan Drake had a 69-yard touchdown run for Daniel 's Team on Monday night, helping to pad the margin of victory for the team.
Matchup Player of the Week
Drake overachieved for the second time this season, scoring 36.4 points against his 9.92-point projection. During a 38-10 win over the Cowboys, he ran for 164 yards and 2 touchdowns. Drake ranks #57 among all fantasy players this season and will face the Seahawks next week.

Swagers81
Coming up in Week 7, seventh-place Swagers81 (3-3) are due to take on second-place Gałgany (4-2). Each side has multiple bye weeks to consider in Week 7, as Justin Jefferson, Jonathan Taylor, Yannick Ngakoue, and Jonnu Smith are off for Gałgany while Kirk Cousins and Chris Thompson will sit for Swagers81.

Daniel 's Team
A couple of teams sporting matching 2-4 records, Daniel 's Team and Bad Ilaj will each aim for their third win next in Week 7. Each team has players with byes next week, as A.J. Brown, Justin Tucker, and Harrison Smith are out for Bad Ilaj and Marquise Brown and Alexander Mattison will sit for Daniel 's Team. Over the last three weeks, Daniel 's Team have put up 112.96 points per game, while Bad Ilaj have averaged 99.57 per contest. 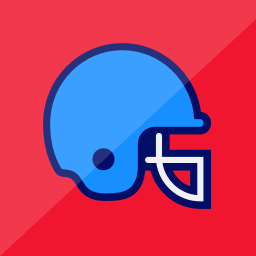