Brewmasters hand SAWTOOTHS fourth straight loss in 188.30-118.75 rout
Brewmasters cruised to a 188.30-118.75 win to hand SAWTOOTHS their fourth straight loss. It didn't take long to learn who would have the advantage in this matchup, as Brewmasters jumped out to a 152.6-point lead early Sunday afternoon behind stellar performances from Derrick Henry and Ryan Tannehill. Henry racked up 264 yards from scrimmage and ran for 2 touchdowns for 40.4 points, while Tannehill passed for 364 yards and 4 touchdowns (40.2 points). Ronald Jones II (113 Rush Yds, 2 Rush TDs) and Cam Newton (157 Pass Yds, 76 Rush Yds, 16 Rec Yds, 1 Off. TD,) did everything they could for SAWTOOTHS in defeat. Brewmasters (3-3) will look to keep it rolling against WarEagle, while SAWTOOTHS (1-5) take on Mutinous Apes in an effort to get back on track.
Top Player Comparison

Ryan Tannehill hit Derrick Henry for a 53-yard pass for Brewmasters. Tannehill also lit up the scoreboard with a 22-yard touchdown pass and a 45-yard pass, while Henry added a 94-yard touchdown run, contributing to a 184.30-31.70 lead for Brewmasters.
Matchup Player of the Week
The Steelers defense overachieved for the third time this season, scoring 18 points against their 7.01-point projection. During a 38-7 win over the Browns, they allowed only 7 points, surrendered 200 yards, and intercepted 2 passes. The Steelers defense ranks #4 among fantasy DEFs this season and will face the Titans next week.

SAWTOOTHS
Something's got to give in Week 7 as SAWTOOTHS and Mutinous Apes will face off, with both squads now riding four-game losing skids. Each side has players with byes next week, as Gardner Minshew II, Justin Tucker, and Jonathan Taylor are off for Mutinous Apes while Chris Thompson and Stephen Gostkowski will sit for SAWTOOTHS.

Brewmasters
A pair of 3-3 teams will square off as Brewmasters go up against WarEagle next in Week 7. Brewmasters may have to shuffle the deck some with Derrick Henry, Ryan Tannehill, Zach Pascal, and DJ Chark Jr. out on bye next week. Over the past two weeks, Brewmasters have put up 175.8 points per game, while WarEagle have averaged just 137.75 per contest. 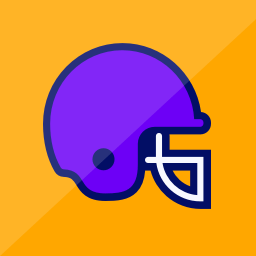 vs. Hooligans
--hidden--
126.70
+46.90
View All Results »
Internet Explorer 8 is no longer supported by Yahoo Fantasy. Please download a supported browser.