Muddoggy's come up short of predictions, lose to Got This Win in 120.90-89.62 runaway
There's no sugarcoating it, Muddoggy's underdelivered, at least based on projections, as Got This Win rolled to a 120.90-89.62 win. Got This Win pulled out to an 18.1-point lead early Sunday afternoon behind the Chicago Bears defense (19 points) and Diontae Johnson (15) and never gave it back. Patrick Mahomes (25.02 points) and Travis Kelce (20.4) led the way for Muddoggy's in the loss. Got This Win (2-0) will look to get another W against DAA BILLS!, while Muddoggy's (0-2) will attempt to get back on track against 12th Man.
Top Player Comparison

Both teams had multiple players with standout moments early Sunday, after which Got This Win emerged with a 53.20-35.10 lead. Diontae Johnson had a 41-yard catch for Got This Win, while Stefon Diggs had a 41-yard catch. Meanwhile, Marvin Jones Jr. had a 25-yard touchdown catch for Muddoggy's, while Ja'Marr Chase had a 42-yard touchdown catch.
Sunday Late

Patrick Mahomes hit Travis Kelce for a 46-yard touchdown pass for Muddoggy's. Mahomes also lit up the scoreboard with a 40-yard touchdown pass and a 33-yard touchdown pass for Muddoggy's, who trailed 111.10-86.52 after Sunday Night Football.
Matchup Player of the Week
The Bears defense scored 19 points against the Bengals in Week 2 to more-than-double their 7.94-point projection. They allowed 17 points, surrendered 248 yards, and forced 4 turnovers to beat their projection by the highest percentage of any player on Got This Win this week. Next week, the Bears will square off against the Browns.

Got This Win
Whoa, the Vikings secondary didn't know what hit 'em! 29 connections on 36 attempts... good enough for an 81 percent completion percentage for Kyler Murray. We know the GM of Got This Win has gotta be grateful for this type of attention to detail.

Muddoggy's
Well, we certainly can't gripe about a shortage of opportunities this week, can we? As a group, our pass-catching corps (three WR, one TE) combined to receive a grand total of 27 targets in Week 2. With just 16 total catches, that group may need to work on chemistry with their QBs. 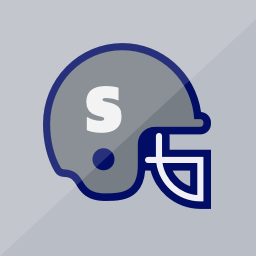