Got This Win
Pointers

Pointers lose to Got This Win, 121.76-116.10
Pointers failed to rise to the occasion, falling short of projections, as Got This Win secured a 121.76-116.10 victory. Got This Win nabbed a 26.00-point lead on Thursday behind impressive performances from Chris Godwin (19 points) and Ryan Succop (7) and never looked back. Adam Thielen (9 Rec, 92 Rec Yds, 2 Rec TDs) and Lamar Jackson (235 Pass Yds, 1 Pass TD, 86 Rush Yds) did everything they could for Pointers in the loss. Got This Win (1-0) will look to notch another win against Muddoggy's, while Pointers (0-1) will try to right the ship against 12th Man.
Top Player Comparison

Lamar Jackson had a 49-yard pass for Pointers.
Matchup Player of the Week
While racking up 104 yards from scrimmage and catching a touchdown pass against the 49ers, Swift tallied 20.4 points this week. He nearly doubled his 10.62-point projection in the 41-33 loss. Swift ranks #41 among all fantasy players this season and will face the Packers next week.

Got This Win
Pointers

Got This Win
It's simple math, Got This Win. The more leagues you join, the more chances you have to win. Check out Survival Football and sign up today!

Pointers
You can't win them all, Pointers. Get over that losing feeling by competing in other fantasy games. The NFL Yahoo Cup is completely free to enter all season long. 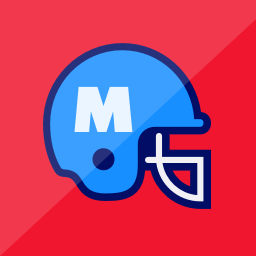