Raheem Mostert had a 76-yard touchdown catch for The ‘I’m Here’ Kid, contributing to a 122.62-104.58 lead for the team.
Matchup Player of the Week
Mostert scored 77.2% more than his 11.91-point projection with 21.1 points against the Cardinals in Week 1. He racked up 151 yards from scrimmage and caught a touchdown pass in the 24-20 loss. Mostert ranks #18 among all fantasy players this season and will face the Jets next week.

Game Notes

Five of the nine starters on The ‘I’m Here’ Kid scored higher than their projected point totals.

FantasyFootball Team lost despite six of their nine starters exceeding their projected points.

Each team scored more than its projected point total.

The matchup's 23.64-point margin was the second-closest in the league this week.

Not only did The ‘I’m Here’ Kid win, but they also covered the 14.38-point forecasted margin of victory.

In a losing effort, Russell Wilson scored 31.78 points, the highest score for a quarterback this week.
Coach Talk

The ‘I’m Here’ Kid
Identifying mismatches is a big component to winning in football. With some monster yardage production from our running backs, our team created a big disparity this week. Our three starting backs recorded 91 more total yards than the RBs on FantasyFootball Team (265 yards from scrimmage to 174), as we ultimately tripled them at the position (60.5 points to 19.4).

FantasyFootball Team
Unless FantasyFootball Team wants to go full diva-mode, then "not getting many opportunities" doesn't fly as an excuse this time around. Our pass-catching corps (two WR, one TE) were targeted a hearty 24 times in Week 1. Chemistry and timing seem to be issues as that group notched only 14 catches. 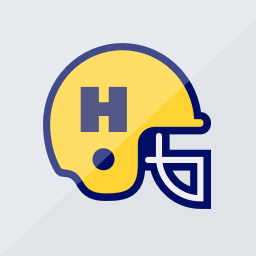