Waynes Wacky Weasels top predictions, defeat Rookie in 116.16-83.62 rout
Waynes Wacky Weasels rose to the occasion, rolling to a 116.16-83.62 victory over Rookie, who fell short of projections. The matchup was over almost as soon as it started, as Waynes Wacky Weasels nabbed a 50.06-point lead early Sunday afternoon behind standout efforts from Aaron Rodgers (27.32 points) and Tyler Boyd (16.74). The Kansas City Chiefs defense (16 Pts Allowed, 391 Yds Allowed, 4 Turnovers) and David Johnson (42 Rush Yds, 42 Rec Yds, 1 Rec TD) led the charge for Rookie in defeat. Waynes Wacky Weasels (3-4) will look to keep it rolling against Second half scrubs, while Rookie (2-5) attempt to get back on track against Sesquepedantic Squad.
Top Player Comparison

Allen Robinson II had a 42-yard catch for Waynes Wacky Weasels on Monday night, helping to add to the margin of victory for the team.
Matchup Player of the Week
With 11 points, the Bears defense nearly doubled their 5.72-point projection in a 24-10 loss to the Rams. They allowed 24 points, surrendered 362 yards, and forced a fumble to beat their projection by the highest percentage of any player on Waynes Wacky Weasels this week. The Bears will face the Saints in Week 8.

Standings Update
If you blink, you'll miss it. That's how we feel about the fantasy football season, which is already at the midway mark. Let's catch up on the Standings.

Waynes Wacky Weasels
There's plenty of time left to make a move, but it's hard to imagine Waynes Wacky Weasels making a run up the Standings if they don't start scoring more. The team has some work to do in order to make the playoffs after averaging only 97.52 points per game through seven weeks, 8th-best in the league.
Important Players

Rookie
Rookie rank in the top half of the league in scoring, but they'll have to do better moving forward if they want to make the playoffs. Through seven weeks, the unit is averaging the 4th-most points per game in the league (101.74 ppg), leaving Rookie on the outside looking in for the playoffs at No. 10 in the Standings.
Important Players 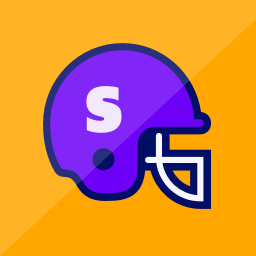 vs. Quaran-TEAM
--hidden--
54.92
+68.56
View All Results »
Internet Explorer 8 is no longer supported by Yahoo Fantasy. Please download a supported browser.