Brewmasters earn win against Cocks in 183.00-114.65 romp
Brewmasters beat their projected point total, rolling to a 183.00-114.65 win over Cocks, who fell short of projections. Brewmasters nabbed a 27.70-point lead on Thursday behind Terry McLaurin and never looked back. Travis Kelce (23.9 points) and Chris Godwin (16.2) carried the flag for Cocks in defeat. Brewmasters (2-0) will look to build on their success against Cocks, while Cocks (1-1) meet Brewmasters in an effort to right the ship.
Top Player Comparison

There were players with highlight-reel plays for both teams early Sunday, but after the smoke cleared, Brewmasters boasted a 118.50-50.00 lead. Diontae Johnson had a 41-yard catch for Brewmasters, while Marvin Jones Jr. had a 25-yard touchdown catch. Stefon Diggs made the highlight reel for Cocks with a 41-yard catch.
Sunday Late

There were players with highlight-reel moments on both teams on Sunday afternoon, after which Brewmasters became the proud owner of a 183.00-90.75 lead. For Brewmasters, Kyler Murray had a 77-yard touchdown pass. Matt Prater made the highlight reel for Cocks with a 62-yard field goal.
Sunday Night

Travis Kelce had a 46-yard touchdown catch for Cocks, who trailed 183.00-114.65 after Sunday Night Football.
Matchup Player of the Week
While allowing only 6 points, surrendering 336 yards, and intercepting 4 passes against the Jets, the Patriots defense recorded 19 points this week. They more-than-doubled their 9.14-point projection in the 25-6 win. The Patriots defense ranks #87 among all fantasy players this season and will face the Saints next week.

Brewmasters
Hey, football is all about exploiting the mismatches. Thanks to a solid performance from Kyler Murray, we quadrupled Cocks at the quarterback position this past week (43.1 points to 9.85). Murray went 29-for-36 for 400 yards, three TDs, and two INTs in a 34-33 triumph over the Vikings.

Cocks
Wait, our starting QB threw an interception and literally no touchdowns? Maybe we should go back and review the game tape. Were the Chargers actually that great defending the pass, or did Dak Prescott appear rattled back there in the pocket? What do you think? Do we keep rolling with him as the starting QB of Cocks? 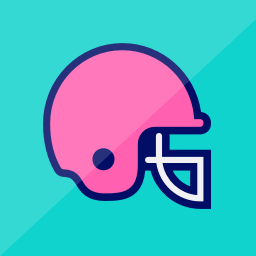 vs. WarEagle
--hidden--
134.05
+94.40
View All Results »
Internet Explorer 8 is no longer supported by Yahoo Fantasy. Please download a supported browser.