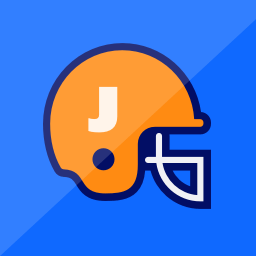 Trust but verify. That pretty much describes the draft of james's Grand Team. The playoffs are in reach, and so is the championship if things break right.

What's the sign of an impressive GM? Turning a bottom-half draft slot into top-half results. Such was the case with James's Grand Team, which flipped its No. 10 overall pick into a projected 5th-place finish in Just for Fun IV. James's Grand Team are predicted to put up a total of 6,085 points based on the current roster, which would result in a 9-5 record.

What an outstanding mid-round value for James's Grand Team, who selected Ingram II at No. 154, about 22 spots later than his ADP of 132. After a season in which he ran for 554 yards and 2 TDs and recorded 27 catches for 162 yards in 14 games, totaling 218 fantasy points, Ingram II is projected to score 158 fantasy points with the Saints. That makes him a valuable No. 3 RB for this squad.

There are thousands of self-declared fantasy experts these days, so there's no telling where you got the idea to select Cousins with the 3rd pick of the 6th round, about four rounds earlier than his ADP of 122. Projected to score 577 fantasy points this season with the Vikings, he will look to perform similarly to last year when he threw for 4,221 yards and 33 TDs with 7 interceptions, totaling 600 fantasy points. Based on projections, Cousins will slot in as the No. 3 QB for James's Grand Team to begin the season.