Back-and-forth battle ends with Doughboys coming back to knock off War Pony, 142.1-134.0
What a thriller! After a back-and-forth matchup featuring three lead changes, Doughboys earned a come-from-behind victory over War Pony, rallying to earn a 142.1-134.0 win. Doughboys trailed 134.0-131.3 heading into Monday night, but the squad staged a comeback behind Justin Jefferson (10.8 points). Aaron Rodgers (22.7 points) and Rashod Bateman (20.8) were the leading performers for War Pony in the loss. Doughboys (1-1) will look to keep it rolling against Steel Reign, while War Pony (0-2) will attempt to get back on track against Brewmasters.
Top Player Comparison

There were players with standout moments on both teams early Sunday, but it was War Pony who took the lead, 88.0-54.4. For Doughboys, Tom Brady had a 28-yard touchdown pass and a 41-yard pass. Rashod Bateman made the highlight reel for War Pony with a 75-yard touchdown catch.
Sunday Late

Brandon McManus had a 50-yard field goal for War Pony, who trailed 131.3-111.3 after the late afternoon round of games.
Sunday Night

Aaron Rodgers had a 55-yard pass for War Pony, contributing to a 134.0-131.3 lead for the team.
Matchup Player of the Week
Harris was one of five starters to overachieve for Doughboys this week. He scored 16.7 points (71 Rush Yds, 1 Rush TD, 16 Rec Yds) against the Steelers in Week 2 to nearly double his 8.91-point projection. Harris ranks #82 among all fantasy players this season and will face the Ravens next week.

Doughboys
Assembling a starting crew that earned over 142 points this past week... we did what we needed to do and took care of business. Let's take this win in stride, tip our cap to the GM of War Pony, and continue on our way towards the OklahomIraqis League AFC title.

War Pony
You can rest easy knowing that your generosity this week did not go unnoticed, War Pony. It takes a real kindred spirit to help someone like Doughboys succeed. Who knows, maybe you'll play them again after they've clinched a playoff spot, and they forget to update their lineup that week to return the favor! 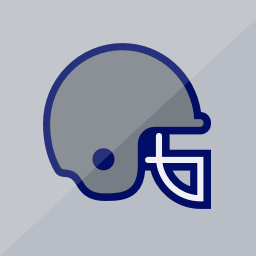