Pit Steelers (ZS) defeat Dallas Cowboys in 58-6 rout
Despite identical records, Pit Steelers (ZS) held a big season point advantage over Dallas Cowboys coming into this one (246-176), and they lived up to their reputation with a convincing victory, cruising to a 58-6 win. There wasn't much drama in the matchup, as Pit Steelers (ZS) leapt out to a 44-point lead early Sunday afternoon behind standout efforts from the Pittsburgh Steelers defense and Justin Tucker. the Steelers defense allowed only 7 points, surrendered 200 yards, and intercepted 2 passes for 14 points, while Tucker made all 3 of his FG attempts (12 points). Greg Zuerlein (1-2 FG, 34 long, 1-1 XP) and Amari Cooper (7 Rec, 79 Rec Yds, 1 Rec TD) carried the flag for Dallas Cowboys in the loss. Pit Steelers (ZS) (4-2) will look to maintain their winning ways against Cleveland Browns, while Dallas Cowboys (4-2) attempt to right the ship against New Orleans Saints.
Top Player Comparison

Justin Tucker had a 55-yard field goal for Pit Steelers (ZS), contributing to a 44-0 lead for the team.
Monday

Kyler Murray had an 80-yard touchdown pass and a 60-yard pass for Pit Steelers (ZS) during Monday Night Football, helping to increase the margin of victory for the team.
Matchup Player of the Week
Projected to score 5.64 points, the Steelers defense more-than-doubled that amount by scoring 14 points in a 38-7 win over the Browns. They allowed only 7 points, surrendered 200 yards, and intercepted 2 passes to beat their projection by the third-highest percentage of any DEF in the league this season. In Week 7, the Steelers will play the Titans.

Pit Steelers (ZS)
Well, we do admire the confidence this past week, Pit Steelers (ZS). It's a bold move to deploy, not one, but TWO starters with zero points (JuJu Smith-Schuster and Eric Ebron), while still earning the W. Try that type of flashy, show-off stuff next week against Cleveland Browns and see what happens!

Dallas Cowboys
Well, we certainly can't whine about a lack of opportunities this week, can we? Our four pass-catchers (three WR, one TE) were targeted a grand total of 26 times in Week 6. With only 16 total receptions, that group may be showing signs of chemistry issues. 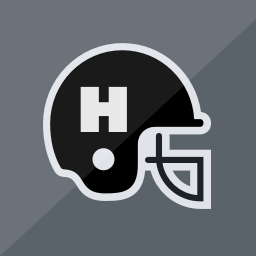