Both teams had players with highlight-reel moments on Sunday night, after which NAH WE DEM BOYZ became the proud owner of a 174.65-100.85 lead. For NAH WE DEM BOYZ, Lamar Jackson had a 42-yard touchdown pass. Marquise Brown made the highlight reel for Avengers with a 42-yard touchdown catch.
Matchup Player of the Week
Against the Seahawks in Week 2, Henry scored 47.7 points to more-than-triple his 15.61-point projection. He racked up 237 yards from scrimmage and ran for 3 touchdowns to beat his projection by the highest percentage of any player on NAH WE DEM BOYZ this week. Henry will square off against the Colts next week.

NAH WE DEM BOYZ
It's simple math, NAH WE DEM BOYZ. The more leagues you join, the more chances you have to win. Check out Pro Pick'em and sign up today!

Avengers
You can bounce back next week, Avengers. And even if you don't, you can always play another great fantasy game from Yahoo. The NFL Yahoo Cup is open all season long and is completely free to enter. 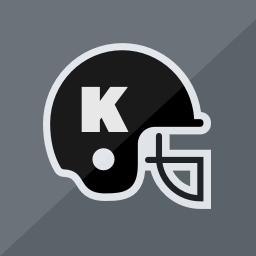