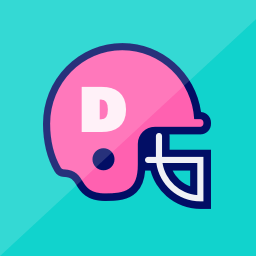 The sign of a great GM? Turning a bottom-half draft slot into top-half results. Such was the case with Draft dodger's Team, which flipped its No. 9 overall pick into a projected 5th-place finish in Yahoo Public 95288. The team is particularly deep at receiver, as Odell Beckham Jr. and Davante Adams are slated to combine for the 2nd-highest point total of all starting WR groups in the league. Draft dodger's Team are predicted to put up a total of 1,845 points based on the current roster, which would result in an 8-6 record.

Draft dodger's Team notched a fantastic mid-round bargain in picking Waller at No. 69, about 15 picks later than his ADP of 54. After a season in which he racked up 90 receptions for 1,145 yards and 3 TDs, totaling 176 fantasy points, Waller is projected to score 170 fantasy points with the Raiders. That makes him a valuable No. 1 TE for this squad.

Either you know something nobody else knows or you got ahead of yourself with your choice of Swift with the 9th pick in the 5th round, about 16 spots earlier than his ADP of 65. Swift is projected to score 165 fantasy points this season with the Lions. Swift will slot in as the No. 2 RB for Draft dodger's Team, according to projections.