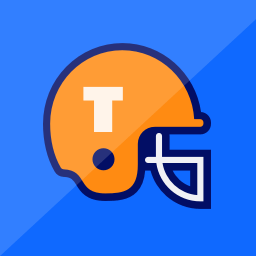 If you can't handle the heat, get out of the draft room. Todd's Team folded under the pressure of this draft. Picking No. 10 overall, they were clearly ill-equipped. Todd's Team are projected to finish 9th in Yahoo Public 12704 with a record of 4-10 (1,809 points).

Todd's Team scored a nice late-round bargain with the pick of Hilton in the 10th round, about three rounds later than his ADP of 69. After a season in which he grabbed 45 passes for 501 yards and 5 TDs in 10 games, totaling 103 fantasy points, Hilton is projected to score 196 fantasy points with the Colts. That makes him a valuable No. 2 WR for this squad.

Either you know something that nobody else does or you jumped the gun with your selection of Engram with the 10th pick in the 7th round, about 19 spots earlier than his ADP of 89. Maybe you're onto something, though. Projected to score 121 fantasy points this season with the Giants, he looks set to take a step forward from last year when he grabbed 44 balls for 467 yards and 3 TDs in 8 games to post 87 fantasy points. According to projected points, Engram will slot in as the No. 2 TE for Todd's Team to begin the season.